This recipe was originally posted on my other website Sweetness & Bite, but I knew when starting this website that I would definitely have to share it here, too.

While they may not have originated in New Zealand, I think it’s safe to say that brandy snaps are a staple dessert on many Kiwi Christmas tables. Or birthday tables. Or, you know, casual Wednesday night tables.

Because desserts shouldn’t just be for special occasions, amiright?

These gluten-free brandy snaps are, dare I say it, better than the usual brandy-snaps-in-a-box-whose-brand-I-won’t-name-here. They’re super light and lacy but sturdy enough to hold in a generous squeeze of whipped cream.

And you won’t be opening a box to find broken snaps and bunch of crumbs, just sayin’.

Plus, I’m jumping ahead here, but you guys. This cream. Better. Than. Plain. Whipped. Cream.

That teaser aside, let’s talk quickly about these brandy snaps.

Making them is relatively straightforward, but you are going to need to suss out what you’re going to form your snaps around.

Most traditional brandy snap recipes call for forming them around the oiled handle of a wooden spoon. And you can most definitely do that. If you have a few wooden spoons or other round-handled utensils that you can use, then even better.

But what I use to make the snap-forming even easier, are cannoli tubes. A pack of non-stick cannoli tubes makes this process go a whole lot quicker. You can find them in most kitchenware stores, and they sell them on Mighty Ape, too.

Making the brandy snap mixture is as easy as melting together butter, brown sugar and golden syrup, then letting it cool for a few minutes and stirring in the flour, ground ginger and cinnamon. Then it’s time to bake them.

Once they come out of the oven, it’s time to roll them. You’ll slide the baking paper off your baking tray and onto your bench (pop a tea towel down first if your benchtop isn’t heatproof, these babies are hot!). Once they have cooled slightly, you’ll flip them over and roll them up.

You need to roll them once they’ve cooled enough to handle and they’re firm enough to roll, but you can’t wait too long or they will snap when you roll them. It only takes a few to get the hang of it, and I like to rope in a friend (ahem, my mother) to help me roll. If we do two each, they all get rolled before they’re too firm.

Plus, you know, “family bonding” and whatnot.

Once you get the hang of making these, it’s very easy to get into a rhythm. As you take each tray of snaps out, you can pop another tray in. By the time you’ve rolled the baked snaps, they’ve cooled for a minute or two and you’ve slid them off the tubes, the next tray should be almost finished baking.

If the snaps have firmed up too much and are breaking as you roll, you can pop them back on a warm baking tray and they should soften up again.

Once cool, you can fill the brandy snaps with cream.

It’s basically the love child of whipped cream and tiramisu filling. After making a little too much tiramisu filling at Christmas one year, we had some left over in the fridge. Somehow the stars aligned and we decided to add it to some whipped cream, and it turned out to be the best thing since, well, whatever you think is The Best Thing. It’s amazing.

I adapted it into a whipped cream recipe, where we basically whip egg yolks and sugar over a water bath (don’t panic – easier than it sounds) then mix in some mascarpone, vanilla and whipped cream.

It turns the cream from plain and basic into a spectacular filling for the gluten free brandy snaps (or anything, really). It’s silky, and the mascarpone cuts through the sweetness, making it scarily easy to just eat spoonfuls of it straight from the bowl.

I’m not saying I do that.

I’m not saying I don’t, either.

You can, of course, just fill these brandy snaps with regular whipped cream, so I’ve split the recipe into two parts in case you just want to do that.

But I do highly, highly recommend trying them together. 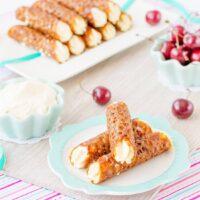 Since the snaps need to be shaped while warm, only bake one tray at a time. To keep things moving, as you remove one tray from the oven place the next tray in and re-set the oven timer. This way you can crank out one tray every six or so minutes. I used brown rice flour and tapioca flour, but you could try these using your favourite gluten free flour blend. If you don’t need the brandy snaps to be gluten free, replace the brown rice flour and tapioca flour with 100g of plain flour. Recipe adapted from Mary Berry’s brandy snap recipe.
Category Gluten Free Desserts and Puddings
Cuisine New Zealand
Keywords brandy snaps, desserts, gluten free, Kiwi, nz recipe
Enjoyed this recipe?Tag @gfkiwifavourites on Facebook or Instagram, and hashtag #gfkiwifavourites on Instagram ❤ 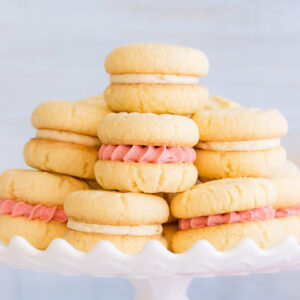 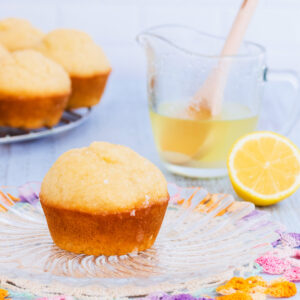 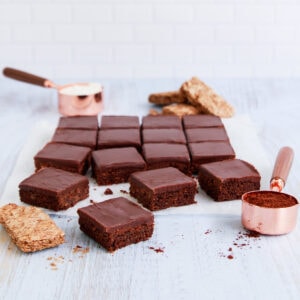